As promised back in December 2008 ... not that anyone's requested it. 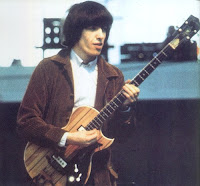 Bill Wyman - as before! I'd like to deny any similarity but there are far too many photographs out there that would undermine me. And when playing bass I do sometimes deliberately tilt my bass up so I've only got myself to blame!

John Lennon - in some ways a lazy comparison that was also thrown at me in my longer-haired days by 'straights' as a general statement of alleged hippiness. I guess I have unintentionally encouraged this since by having a vaguely Beatles-esque haircut and wearing glasses. I have also been known to point at photographs of him while with my 4-year old son and ask who it is. 'Daddy' will come the answer ... but if I was going to refer to a sixties lookalike (barring Bill flamin' Wyman) it would be ... 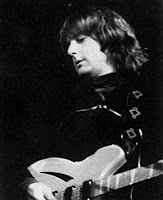 Roger McGuinn - much happier about this one, and I tend to only get it from musical aficionados! 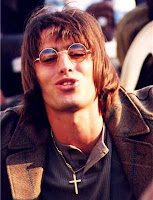 Liam Gallagher - another Lennon-esque lazy comparison (thinking about it I also had Julian Lennon thrown at me a few times - not literally of course) that I used to get around Camden in the mid-late 90s, but ultimately usurped by the time I was actually mistaken for a semi-famous musician in ...

James Broad (Silver Sun) - Amusingly this happened at the Camden Falcon, and their bassist, Richard, was stood about two feet away. This may have been what caused the person to think I was James; but if they'd turned round they would have seen the man himself was also there! But perhaps not as ridiculous as the time I was mistaken for ... 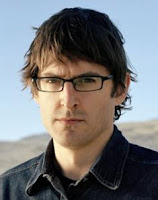 Louis Theroux - just up the road at the Monarch. Now, there is a oft-repeated mantra that cameras, especially TV cameras can make people appear 10 pounds larger. Given that Theroux is 6ft 2in and I'm, well, not, I can only assume the person in question once mis-heard 10 pounds as 10 inches. I told them I was his brother; the fact that they then walked off without saying anything suggests they were very disappointed.
Posted by DGW at 17:53